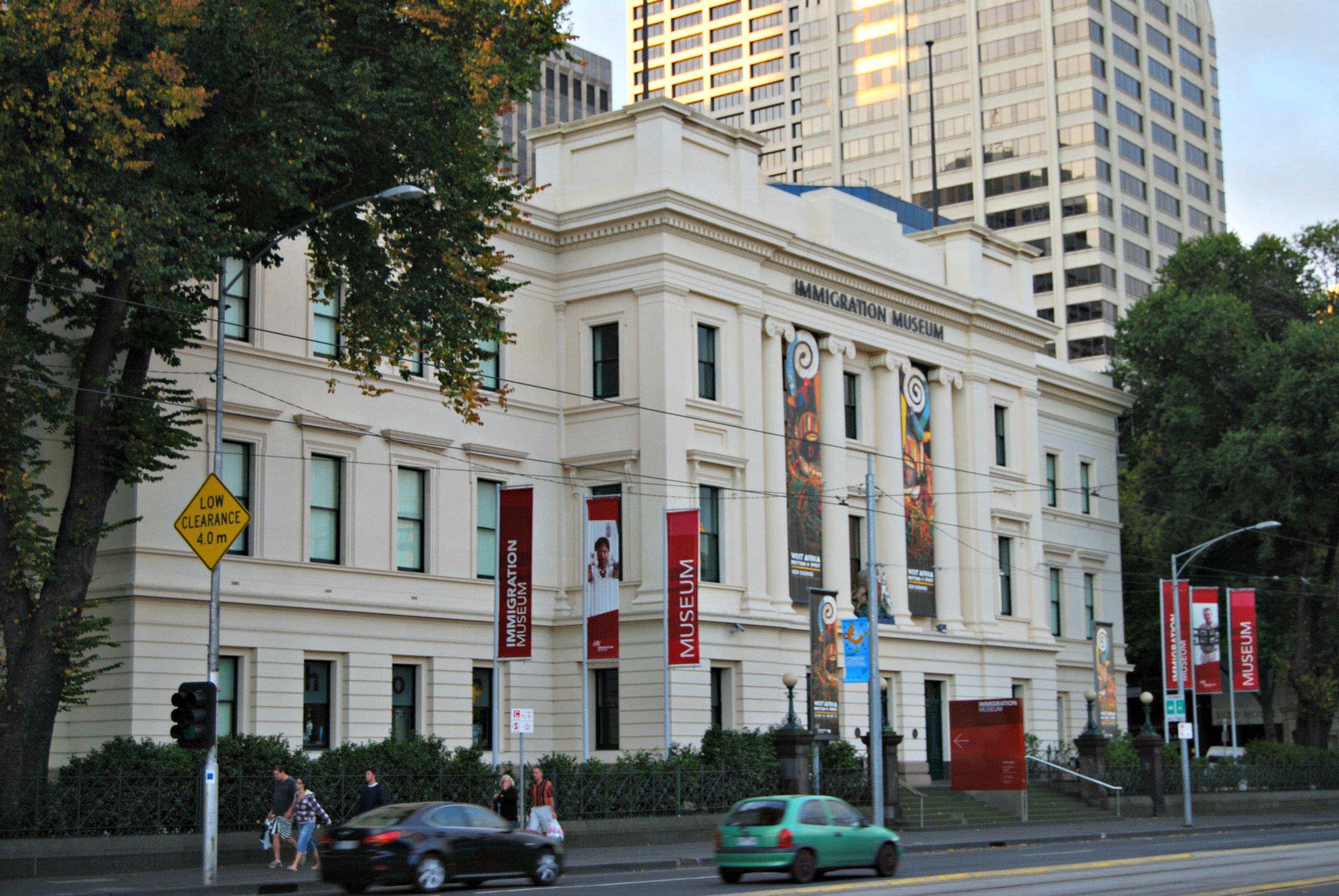 The Immigration Museum is a really interesting place to visit. It's located in the old Customs House......

........which is the ideal place as the museum was previously an administration centre for immigrants, recording every arrival in Melbourne as well as recording all (non-smuggled) goods entering or leaving Melbourne.

This building is the third on the site and was mostly designed by an immigrant from Scotland called Peter Kerr who also had a major part in designing some of Melbourne's other grand buildings including Government House and Parliament House.

The first Customs House was a leaky old weatherboard shack shipped in from Sydney in the 1830's when Melbourne was still part of New South Wales and was governed from Sydney........

.........The second building was apparently the first stone building in Melbourne but by the 1850’s it was being described as the ugliest of all of Melbourne’s public buildings.........

..........so with all the extra cash the city was getting during the gold rush this current building was started. Customs officials were using it from 1858 though it wasn’t actually completed till 1876. 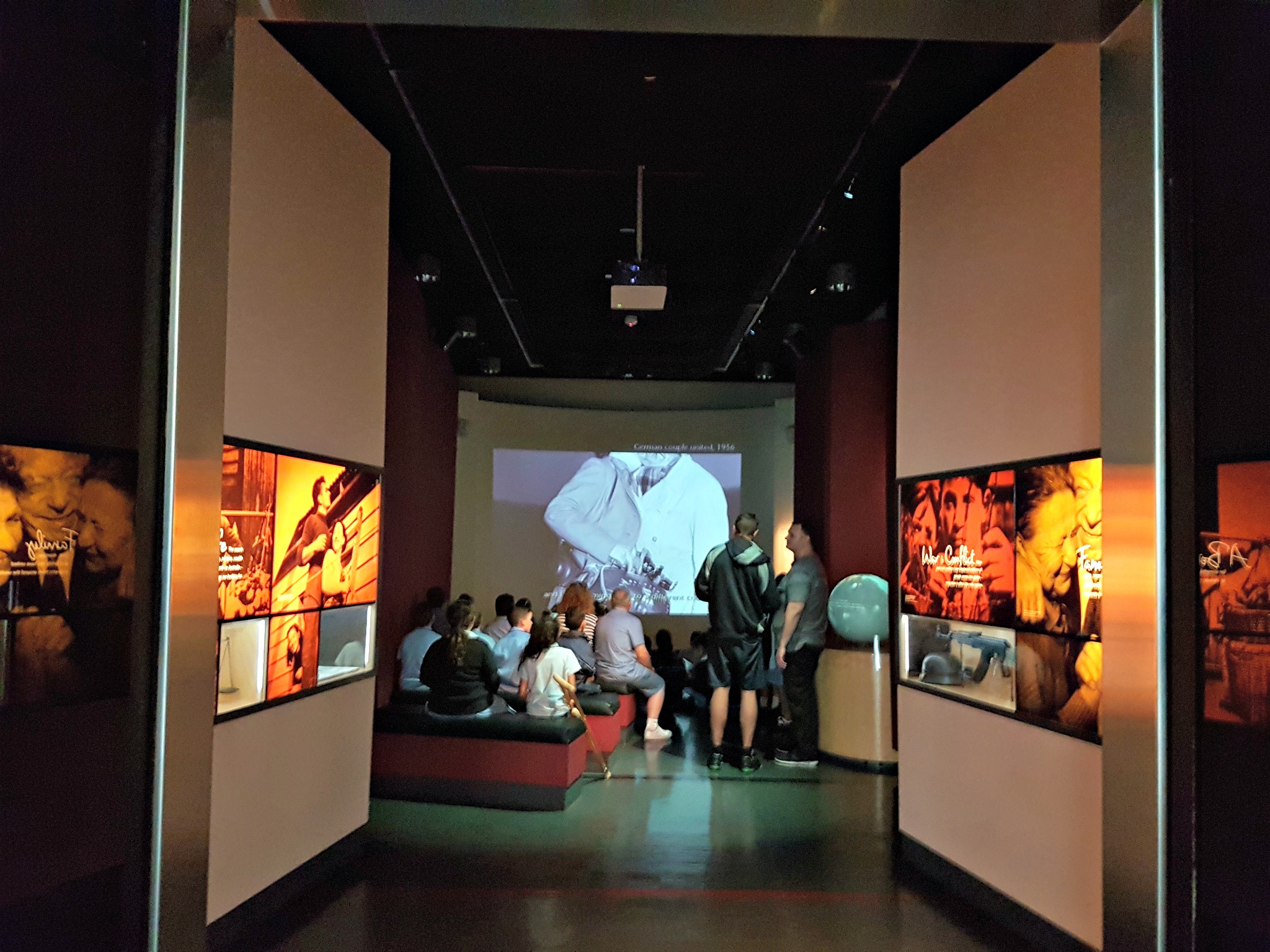 The Museum has a mixture of permanent and temporary exhibitions and special events, talks and shows over two floors.

The main exhibition includes stories and exhibits of three or four people or families and these stories change every year..........

.........so the museum is a place you can come back to occasionally and learn something new.

At the time of writing this page, the stories include information about the Eid brothers from Lebanon who started a taxi drivers business in the 1970’s, three generations of Chinese immigrants from the 1890’s and about a Japanese lady who married an Aussie in the 1980’s and continued living here when he died just a few years later. 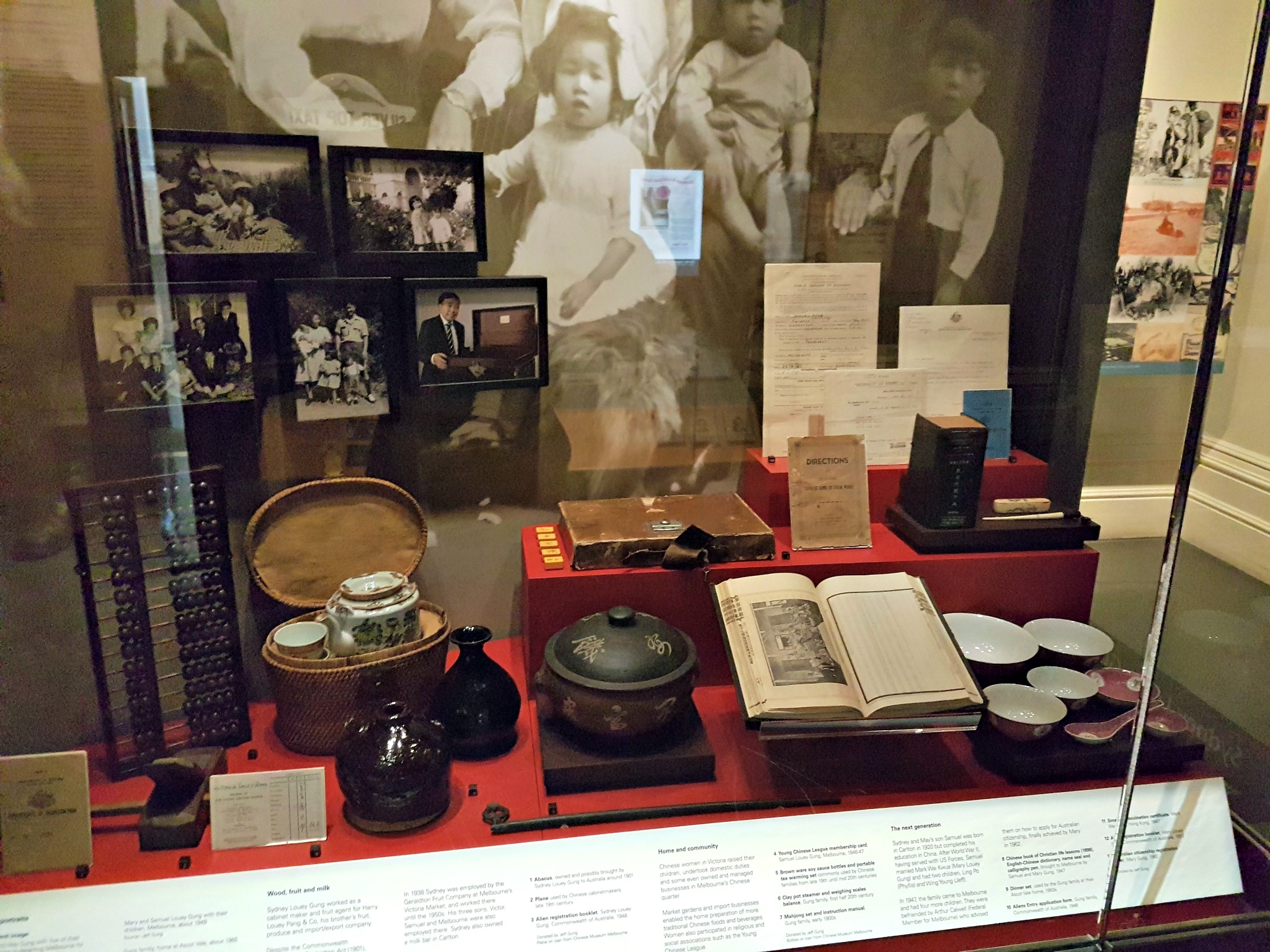 According to the Immigration Museum website there are people from over 200 countries living in Victoria, speaking 260 languages and practicing 135 different faiths.

At the back of the building there’s a Tribute Garden in memory of thousands of deceased immigrants from 90 different countries. You can actually get in this part of the immigration museum for free.

And staff in the Discovery Centre are also on hand to answer questions if you’d like help researching your family history.

It’s also possible to Share your Story with the museum. Just go to the Discovery Centre to do this.

The museum is open 10am – 5pm every day except Christmas Day and Good Friday. It’s located very close to Flinders Street Station at 400 Flinders Street, Melbourne. Have a look at the map below.

The museum entrance fee is $14 for adults but free for kids under 16 so it's really not bad value at all and Australian concession card holders can also get in for free.

Check out the Immigration Museum website HERE if you want any more details.